Odette Michell at The Canopy Theatre 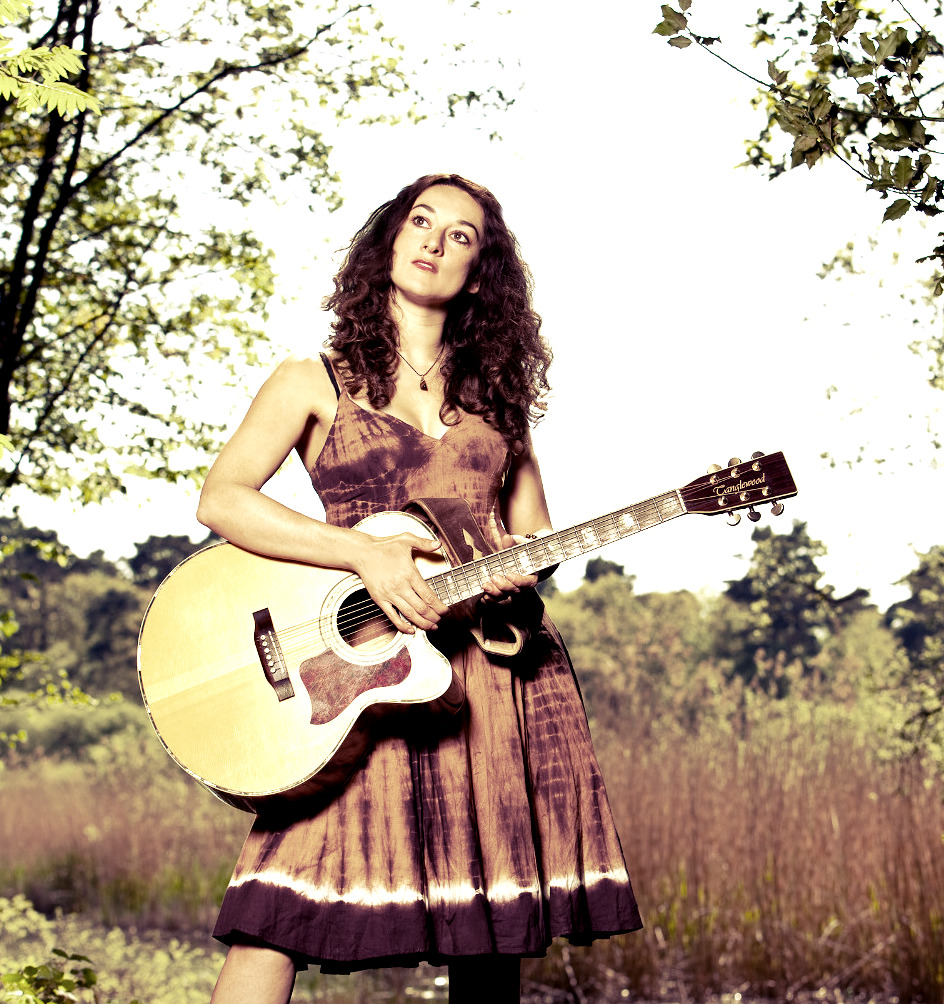 Odette Michell is an award-winning British folk singer-songwriter, guitarist and bouzouki player with a bold new take on the acoustic tradition and a voice capable of demonstrating the finer points of both folk and traditional song with genuine craftsmanship.

Things have been moving at something of a pace for Odette ever since she released her debut EP 'By Wayof Night' in 2018, gaining her first national and international radio plays on both BBC and Folk Radio stations.

In April 2019, Odette released her debut album ‘The Wildest Rose’ to widespread acclaim. It featured notable musical contributions from Phil Beer and Toby Shaer (Cara Dillon, Sam Kelly & The Lost Boys). The result is a compelling and highly impressive collection.

By the end of 2019, 'The Wildest Rose' had been included in numerous 'Best of 2019' album lists as well as being named 'Album Of The Year' on the Readifolk Radio Show.

The album also became featured Album Of The Week on BBC Radio Cambridgeshire and BBC Radio Wales in April 2019, as well as Album Of The Month on the Folk, Blues & Beyond Show on Radio Leicestershire.

In January 2020 Odette won Female Artist Of The Year at the 2019 FATEA Awards, following in the footsteps of previous winners Kitty Macfarlane and Cara Dillon.

In February 2020 R2 Magazine named Odette as one of their 'Top Picks For 2020', and in May 2020 she was nominated as a 'Rising Star' at the 2020 Folking Awards. A dynamic live performer, Odette has opened for folk legends Phil Beer, Martin Carthy, Reg Meuross, Boo Hewerdine and Ninebarrow- as well as headlining many shows of her own.

Writing her own songs since the age of sixteen and growing up in the vibrant city of Cambridge, Odette took advantage of the many stages and performance venues there, including two early club stage appearances at the Cambridge Folk Festival.

Just some of Odette's excellent reviews:-

"Odette Michell has the potential to be one of this generation's comparison points…" "... An inspiration" - FATEA MAGAZINE

Reviews of “The Wildest Rose” :-

★★★★"A dulcet and very vintage debut" - R2 Magazine
★★★★"Warm and rustic...Graceful and mysterious" – MAVERICK Magazine
★★★★"True Lovers Farewell'...is an absolute masterclass in how to deliver a traditional song... Odette Michell is one to watch" - NORTHERN SKY