Finn Collinson Band at The Seagull 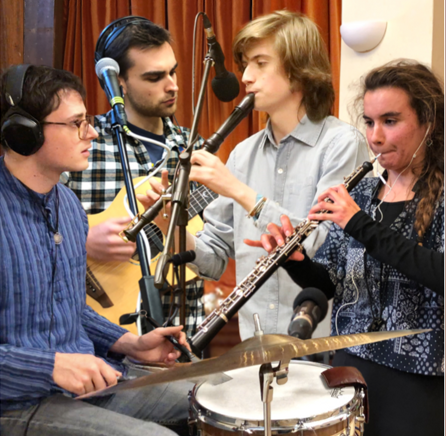 Fronted by Finn’s distinctive tune-writing and trademark recorder style, the band has been gaining a strong reputation on the folk and acoustic circuit since the release of Finn’s acclaimed debut album ‘Call To Mind’ in 2019.

Expect contemporary tunes and songs taking inspiration from Finn’s native East Anglia together with re-imaginations of traditional and early material that presents centuries-old dance tunes as they’ve never been heard before.

Finn has steadily been cementing a position as one of the foremost exponents of the recorder on the English folk scene since 2017. He was shortlisted for the BBC Young Folk Award in 2018 and has appeared at many major UK festivals including Sidmouth and FolkEast.

With music that will make you want to dance in the aisles and also pause for reflection, the Finn Collinson Band are sure to enthral with their energy and diversity.

“The kinship between music and place is strongly present….” - The Living Tradition