Dwelling by the Weir - Ellie Gowers 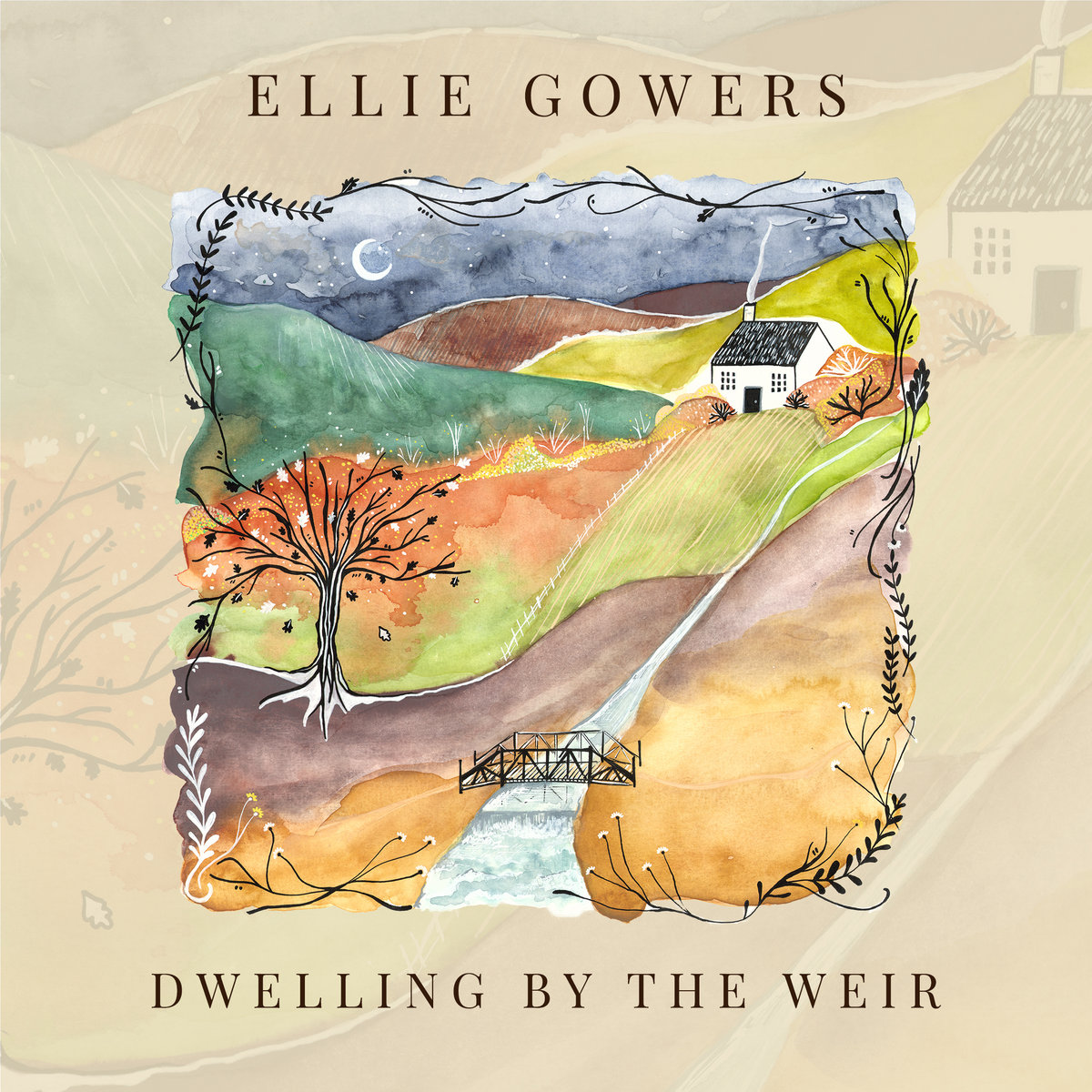 For me one of the great joys of folk music is the sense of place that is evoked by performers and their music. There are songs that, whilst having a universal appeal, belong to one location and that by listening to them listeners are transported there. The pipes of Kathryn Tickell take us all straight to the wild landscapes of Northumbria. Hearing the songs of the Copper Family create a vision of rural Sussex.

Joining this list of locally–rooted folk musicians is this first album by Warwickshire–based songwriter Ellie Gowers. All of the songs on Dwelling by the Weir explore the history, folklore and the natural world of a part of the Midlands that may not have been celebrated as much as other parts of the country (at least in the world of folk music).

Dwelling by the Weir has a gentle pastoral feel that reminded me of Vashti Bunyan, Kate Rusby and a little bit of Nick Drake’s Five Leaves Left. Ellie Gowers plays guitar, piano and has a strong and clear and at times wistful singing voice. With the exception of one track all of the pieces are self–penned so she clearly has a strong song–writing talent too.

The album starts with a very short introductory piece of music (it’s called ‘Introduction’ in case there’s any doubt) which blends into the first song ‘Dwelling by the Weir’. It’s a celebration of the town of Warwick and of the River Avon that runs through it and gives us all a taste of what’s to come with the rest of the album.

‘Woman of the Waterways’ is the next song. There are plenty of folk songs about the working lives of working–class people in both rural and industrial settings and this song carries on this tradition. What makes it stick out is that this song is about working women (rather than the more familiar songs about working man) on the canals, the tributaries between industrial centres.

Many folk songs are about events that have burnt themselves into local folk memory. ‘A Letter to the Dead Husband of Mary Bell’. In 1849 a large crowd gathered to watch the execution of Mary Bell, the last person to be publically hung in Coventry. She had killed her abusive and violent husband and this song are her last defiant thoughts as she waited for the hangman’s noose.

‘Brightest Moon’ takes us to the night of 14th November 1940. On this night Coventry faced its own blitz as bombs from the Luftwaffe rained down on the city. Lots of families subsequently fled the city and relied on the kindness, generosity and neighbourliness of people in nearby towns. Many of those who thought they had found safety in Kenilworth were killed or injured by a solitary bomb just a week later. When I think of music and the Second World War it’s Vera Lynn, Glenn Miller and the Andrews Sisters that spring to mind. So it’s good to hear a folk song exploring this part of our history.

The next song is ‘Poor Old Horse’. It takes us through the life of a horse working on a farm before being part of a riding school and lastly being taken in by a family before retirement. A short instrumental piece then takes us to what I feel is one of the most substantial pieces on the album. ‘Waking up to Stone’ is a lament to a world that is being torn apart by the creation of HS2. It’s the least ‘folky’ song on the album with strong drums and bass guitar cutting through. It’s obviously a subject which Ellie Gowers feels very strongly about. It’s not just the destruction that she laments but because she sees HS2 as a white elephant it’s also an unnecessary destruction.

The next two songs on the album take us back to the world of work although perhaps it would be more accurate to say that they are about the end of a particular kind of work. The Ribbon Weaver tells the story of the home–based industries of silk ribbon weaving that began to die out as the Industrial Revolution sounded the death knell for this small–scale form of production. ‘The Last Warwickshire Miner’ is about Daw Mill Colliery which was the last colliery in the West Midlands. It closed in 2013 after an underground fire and hundreds of people were made redundant. Both songs have a soft and have a sense of lament about the loss of not just the work but the world that surrounded it.

Dwelling by the Weir ends with ‘This Ground’. This is a general love song that Ellie Gowers sings to the land and the people of the West Midlands and to everything that has been lost there and to all that remains.

This is a such a strong debut album and it puts a marker down for Ellie Gowers to become a name and a talent to watch in the folk world. You will almost certainly hear more from her in the future so all I can say is listen to this album now so that you can say that you heard of her right from the start.

You can listen to and order the album through her Bandcamp page at:   Dwelling by the Weir | Ellie Gowers (bandcamp.com)