On Sunday March 4th my band Rosewood played at the famous folk music pub the Blaxhall Ship. A jolly time was had by all including the band. Had the gig been an earlier time during the last week I doubt we would have been able to get there in the snow and blizzard conditions we all had to face. But that day the sun had been out and most of the Suffolk snow had melted and been replaced by floods. Travelling to Blaxhall from Hadleigh reminded me of another occasion, 9th December 2017, when we tried to do the same but then we failed to arrive at our destination and the gig had to be cancelled. We had been travelling down from Norfolk encountering more and more snow as the A12 wound on and just before Woodbridge we came to a frozen standstill. That’s when we phoned the pub and they said the roads were really bad there and best not to try so we limped home. 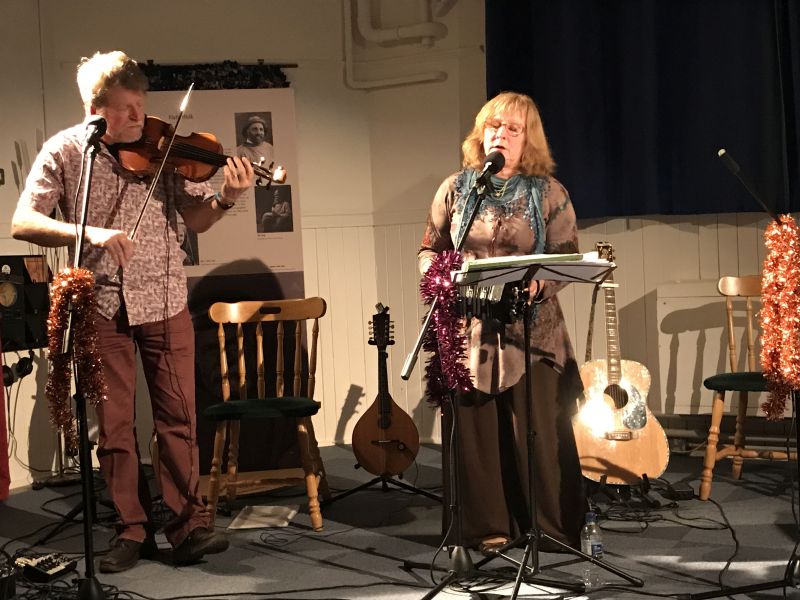 We had been to Norfolk following a tip off that the amazing squeeze-maestro Tony Hall was playing a one-off concert in Overstrand, Norfolk. As we had a Saturday evening free it would have been remiss of us not to go, so we did. It was a remarkable evening, organised by local band Threescore who shared the bill. I’d not seen the band before and was very impressed with their musicianship and variety of songs and tunes. Mike and Angie Crawley and Peter Rushmer between them play guitar, fiddle, mandolin, dulcimer, banjo, bouzouki and concertina and all sing. Amongst their mainly traditional repertoire they also included a Breton set and an Appalachian hymn. Some of their own songs were also included. Pete’s song Eliza Adams was about the futile loss of the Wells-next-the-sea lifeboat Eliza Adams in 1880. Angie included two of hers, Our Heritage, an environmental song that she wrote aged 18 in the 1970s which has certainly stood the test of time, and a carol All That Christmas Night. The band also sang one of Tony Hall’s songs, Morning Tide, a Falkland war song from the wounded soldier’s partner’s perspective. 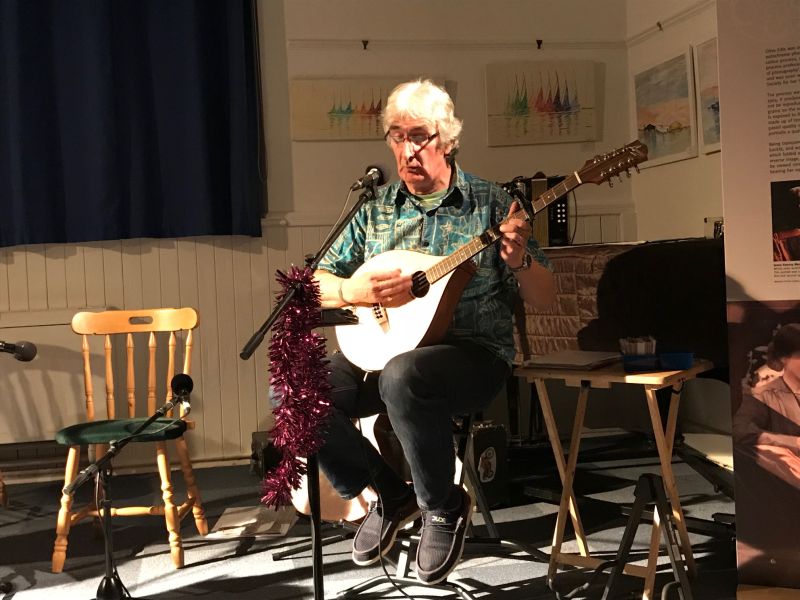 Although Tony Hall is known as a traditional player, his eclectic sets are always surprising. On this occasion he played two mazurka tunes by the late melodeon player Dave Roberts and marching band classic Trumpet Voluntary. He sang The Closest Thing to Crazy by Mike Batt, his own now famous, amusing, Southwold-inspired Down on the Hard and Bonny Portmore from a Sherlock Holmes film soundtrack. The highlight was Meerkat Garden Wobblers, Tony’s hilarious song inspired by a catalogue of objects which you don’t need. You may be falling off a cliff but never mind because you’ve got your avocado stone remover; you get the joke….. And as only Tony can, he showed the audience all the gadgets he’d sung about, in picture form, cut out from the catalogue and stuck onto a very large piece of paper.

To end the evening there was a collaboration between the two acts which included two of my favourite songs, ‘Dancing at Whitsun’ and ‘I Live Not Where I Love’.

The venue was Overstrand's Belfry Centre for Music & Arts and Peter says ‘We are delighted to say that £630 was made on the night for charity & has been split between the EAST ANGLIA'S CHILDREN'S HOSPICES (EACH Quidenham) & the mental health charity MIND. A big thank you to all who supported us & who made that possible!’ 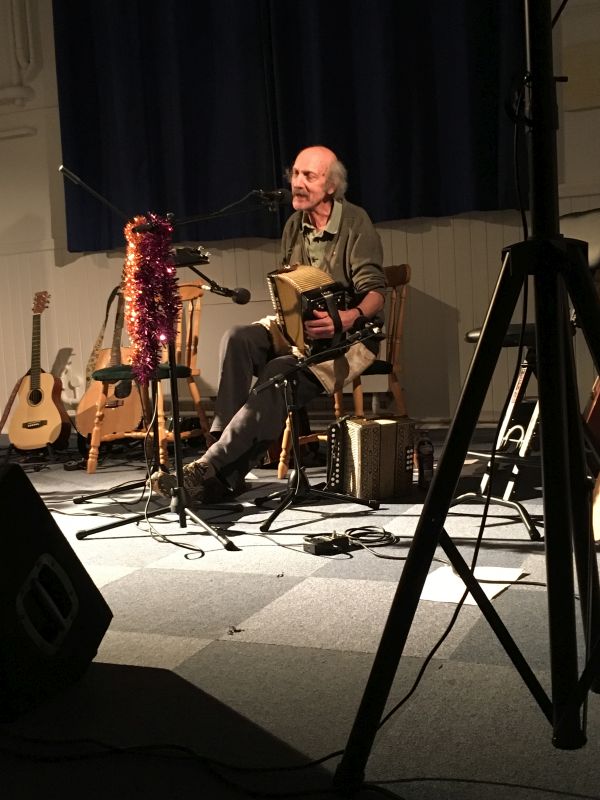