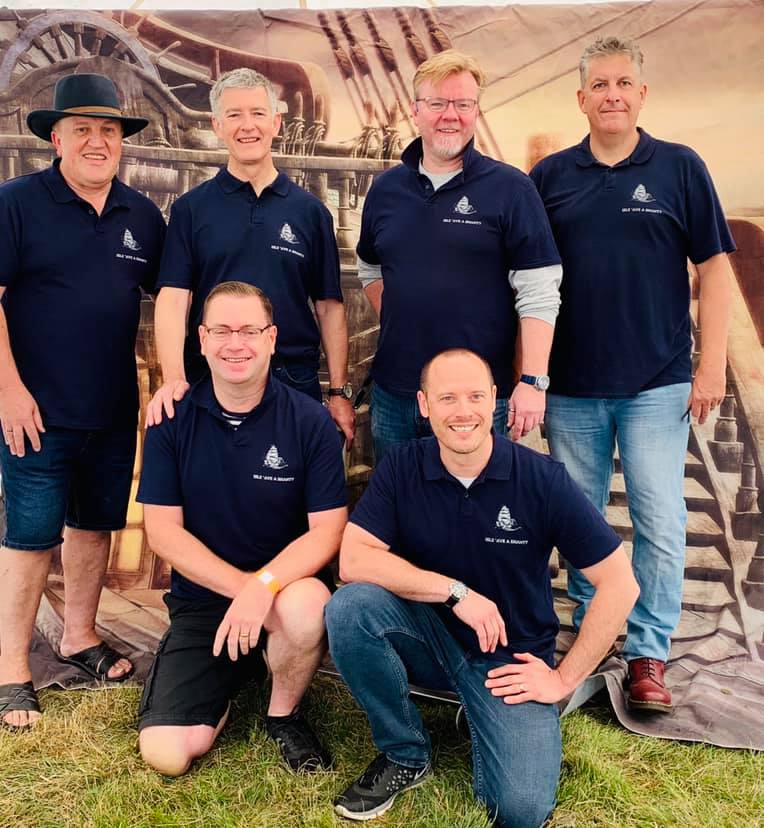 Isle ‘Ave A Shanty are a 6-piece A Capella male harmony group based on the Isle of Ely. They specialise in traditional songs from the sea and the country in a folk style as well as putting a folk twist on some modern classics! They are a rarity in being a sea shanty band from a landlocked county but they bring their own style to traditional songs and songs they made up themselves.

Their live show is all about camaraderie, fun and interaction. Be ready to sing along heartily and join in with the actions as they take you on a journey across the oceans, through the countryside and maybe a few songs about grog, noggins and even a drop of Nelson’s blood.

Their debut album Swinging The Lamp came out in March 2022

Watch the band in action