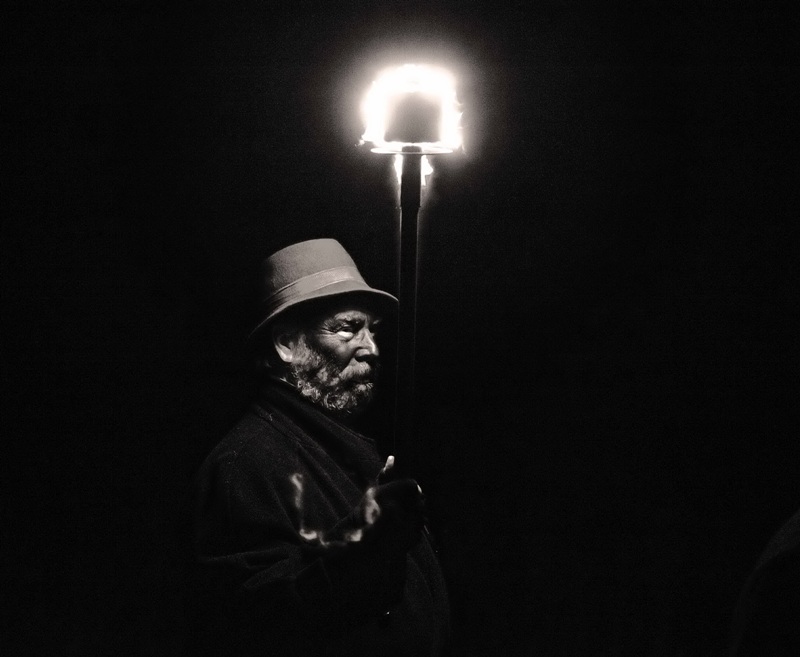 The torch burned brightly in the night
And its glow was warming
A crowd of ploughboys formed a line, ready for their twirling

Crunching boots on icy ground,
marching with a swagger
Turn and spin and don’t let go, in case you get a clipping

Up and down and arm in arm, listen to the music
Swing me round and keep me close
Don’t you let me go now.

Round we go and back and forth,
the circle gently swaying
to strange rhythms that the band is magnificently playing

Wrapped up warm the crowd looks on
Hands and feet they’re thumping
The dancing stops, the band retire, done with Winter dancing