The solo creator and performer of an award-winning folk album, which tells the tales of famous women from history, comes to Suffolk and Norfolk this Autumn.
Folk singer-songwriter Kirsty Merryn comes to the Guildhall, Norwich on the 18th October 2018 on her first ever solo tour of the UK. 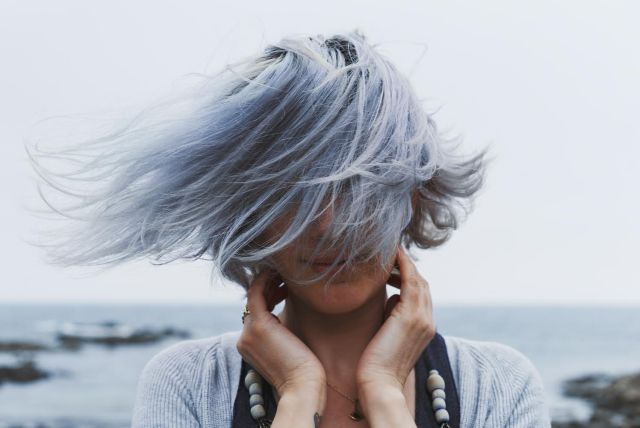 In 2017 Kirsty supported folk super-band Show of Hands on their 22 night tour of Cathedrals around the UK, playing to nearly 14,000 people along the way. Kirsty launched her debut album She & I at London’s Union Chapel on November 9 whilst supporting Show of Hands on their tour.
“She & I” is a collection of stories about women from history, from Nelson’s mistress Emma Lady Hamilton, to Annie Edson Taylor, the first person to go over Niagara falls in a barrel. Now, she is embarking on her first ever solo tour of the UK.

Kirsty has been championed by Show of Hands’ frontman Steve Knightley after he met her while teaching at an EFDSS songwriting retreat for upcoming folk singer songwriters and she went on to open for Show of Hands at their headline appearance at Sidmouth Folk Week in 2016, and supported them over the 22 nights of their Cathedral’s tour of the UK, at the end of 2017.

Beguiling and mercurial, Kirsty’s music is heavily anchored in the folk tradition with jazz and classical backwaters. But it has a much wider reach, with her influences ranging from Cara Dillon to Joni Mitchell and Kate Bush - emphatic piano-based songs with sharply observed lyrics, packaged with panache in elegant, beautifully balanced settings and delivered in crystal clear, assured vocals. Kirsty will be joined by guitarist and backing vocalist Todd MacDonald, who will help bring a new, rich sound to Kirsty’s performance.

Tickets to the Fisher Theatre cost £12 for adults of £10 for concessions and are available here www.fishertheatre.org
Tickets to the Guildhall, Norwich will be available here https://guildhallnorwich.ticketabc.com/listings/
For more information about the tour please visit
Kirsty Merryn www.kirstymerryn.com