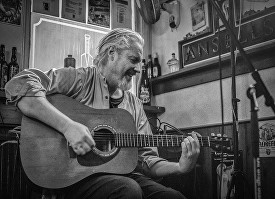 y friend Tony Phillips, who is touring all the acoustic music sessions and venues in the UK over the next few years for his Rolling On project, a book and a film celebrating the movement we are all part of, agrees that members of the “New Youth” movement may have more disposable income, but, as he puts it, “they also have something much more valuable - experience and the ability to organise. So whether it’s mentoring, providing recording spaces, marketing, festival organising,  club and session running, sound or in my particular case, the provision of community 'Greenstages', grey power is in evidence wherever you look”.

So there you have it, age is the new youth and, as Tony sings, “the music keeps rolling on!”