The Silburys – Live at Spring Fest 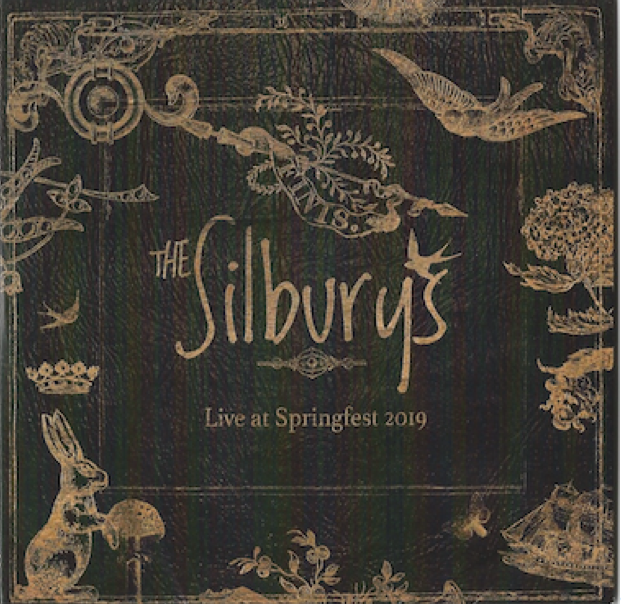 The Silburys are a full-band extension of Silbury Hill, the well-known guitar, mandolin, flute duo playing regularly around East Anglia.  Here, Scott Dolling and David Stainer are joined by Diz Deacon on bass / 12-string, and Martin Linford on drums.  When this live album arrived on my doorstep for review, I was delighted to realise I had been at the event when this was recorded and am one of the lucky listeners who can reminisce from my armchair.

The first thing to say is that this is indeed a live recording.  How often do you buy a CD at a gig only discover a recording baring no resemblance to what you heard on the night?  This CD packs all of the energy and enthusiasm you see, feel and hear at a Silbury gig. As they state on the press release – ‘no overdubs’; just pure bottled - or canned! -  Silburys.  This CD is live, complete with breath sounds (in ‘House of the King’ for example), enthusiastic applause and the flow and ebb of real music.

The Silburys repeatedly deliver homebred storytelling with tales from our own East Anglian soil.  This eight track album includes a song about ‘Thomas Wolsey’, ‘The Dunwich Bells’ about the town lost to sea, and ‘London’ a ship discovered sunk off the Essex coastline .  But what’s folk without a dose of innuendo? The ‘Bonny Black Hare’ is a bass led, throbbing interpretation of a traditional song that tips no hat to socks and sandals and will have your toes tapping, hips moving and body marching you will-lessly out onto the dance floor.

This is a well-fused mix of originals with arrangements of traditional songs all in the Silburys’ quintessential style.  I guess if you wanted to compare it, you could say it was narrative storytelling in the style of Show of Hands, but with Jethro Tull tagging along on tour with them.  Scott’s flute encompasses trills, breath sounds and flexible acrobatics.  On ‘The Swift’, an original by David and the band, the flute actually does sound like the bird.  Scott’s flute is complemented by the steady understated guitar, faultless drum rhythms and melodic, punctuation of the bass. As gigs are few and far between right now, this CD may be a soulful supplement to get you through.

Mention should be made to the cover art designed by Martin when not playing the drums (although I haven’t checked that part). The sleeve is a narrative piece all of its own, taking you on a mirrored journey to this the Silburys’ 4thalbum.  They also got out to Dunwich during lockdown (stressing that they socially distanced in the process), to make a video for ‘The Dunwich Bells’.  (See below), If you’re aching for a day at the coast, watch this.  It boasts a ghostly, abandoned landscape, albeit on what looks like a beautiful day. There are cool angles and zoom-ins, and it reminded me a bit of the Oyster Band – not sure why – maybe the shades?  It’s hard to think that the video could have been made at any other time as the abandoned space is lifeblood to the song and the feel of the video.

In short this is an East Anglian Band telling local tales in a well-sculpted, all-encompassing delivery and the live essence of this CD is what makes it.  Trust me – I was there!